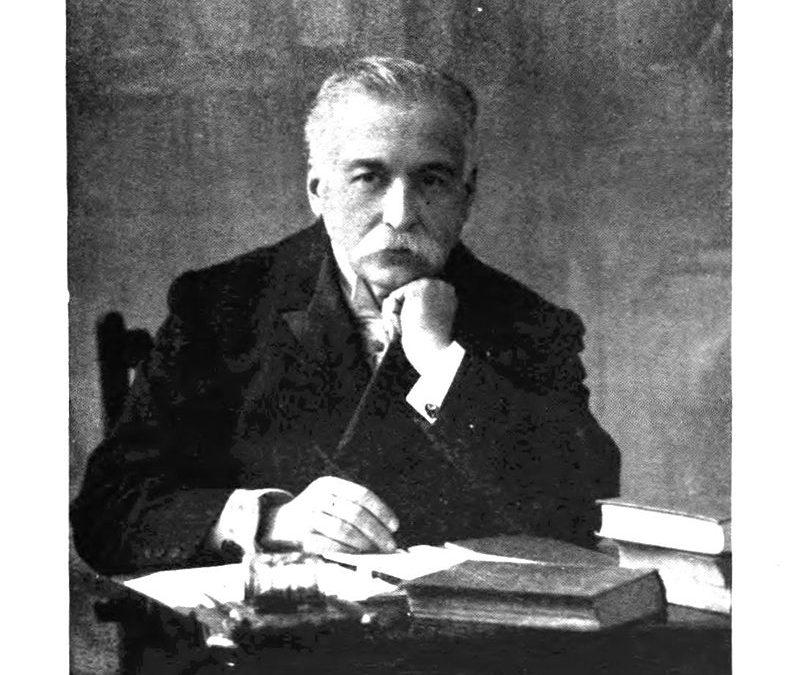 Hello again! We hope you had a wonderful week wherever you may be in the world!

At the close of 2015, we had the good fortune to visit Chicago to tape a segment on Les Amis d’Escoffier Society of Chicago. Few men in history have influenced a profession as deeply as Auguste Escoffier.

One of the world’s first true celebrity chefs, Auguste Escoffier (1846-1935) is credited with helping raise the status of cooking from a laborer’s task to an artist’s endeavor. Escoffier left a legacy of culinary writings and recipes that are indispensable to modern cooks, and remains perhaps the foremost name in French cuisine.

Escoffier is immortalized as ‘”The King of Chefs and the Chef of Kings.”’ During his employment as chef at both the Savoy and Carlton Hotels in London, he created and put in place a formalized kitchen brigade system – individual cooking stations – and instituted the white toque. All are in place today and remain a part of his legacy.

“The name Escoffier means something; it means that we remain committed to the level of quality that he has always fought for,” says his great-grandson, Michel Escoffier, who serves as president of the Auguste Escoffier Foundation and Museum in Villeneuve-Loubet, France.

In 1912, Escoffier wrote, “What creates the strength of French cuisine – that impeccable and enlightened taste that distinguishes it from the other – is the care that is given to even the smallest details; the thoroughness required to impart a complete sensorial impression on the guests. Remove or neglect anything and the supremacy of French cuisine will end!”

In the early 1900s, Escoffier began publishing his culinary works. His first book, Le Guide Culinaire (Culinary Guide, 1903) was an exhaustive resource, including about 5,000 recipes and garnish preparations. Le Guide, known to English speakers as The Escoffier Cook Book, remains an invaluable reference for contemporary cooks. Books published subsequently by Escoffier include Le Carnet d’Epicure (Notebook of a Gourmet, 1911) Le Livre de Menus (The Book of Menus, 1912) and Ma Cuisine (My Cuisine, 1934.)

Shortly after this period, The Escoffier Society was born. The first meeting was held in 1936 at the Waldorf-Astoria in New York, established as a not-for-profit fraternity of true epicures and connoisseurs to perpetuate the work of Maitre Auguste Escoffier.

What followed, was Les Amis d’Escoffier Society of Chicago, a not-for-profit society of chefs and epicureans. It was formed mainly to perpetuate the memory and lifetime achievements of Auguste Escoffier. It was also formed to protect the traditions of French cuisine; to promote a better understanding and appreciation of the art of good living and to uphold the standards and ethics of the culinary profession, among other things. Les Amis d’Escoffier Society of Chicago brings together loyal friends who appreciate good food and wine; men and women who believe in the adage “Live & Let Live” and men and women who place friendship above all else.