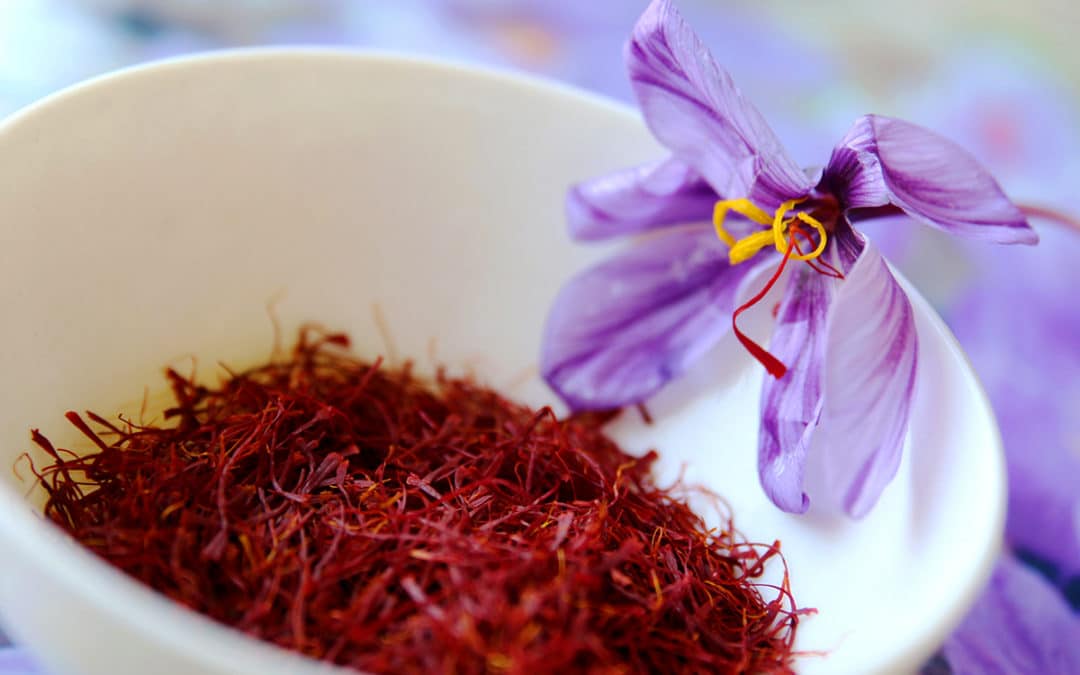 Hello and welcome back to Today’s World Kitchen. We hope you’ve had a good week.

This week we take an in depth look at “Saffron”.

In the Western world, sometimes we take food for granted. As long as we are satiated, we are satisfied. Whilst we are aware of and are continuously researching the health benefits of food, some foods have healing properties that surpass our expectations.

One such food is saffron. Derived from the flower of crocus sativus, saffron is grown in Mediterranean climates and, due to the difficulty of extracting even a miniscule amount, is considered one of the most expensive spices. It has been utilized in many civilizations since before Christ and its uses include food, dye and perfume. More importantly though, saffron has considerable medicinal properties and remains the most applied of all the medicinal plants since then.

Since the first civilization emerged, saffron, combined with other herbs and spices, has been used as a natural healer. Its use in medical practice continued amongst various cultures, such as:

When purchasing saffron it is important to remember that saffron is often adulterated, leading to many imitations. Whilst they lookalike, be aware that authentic saffron will always be expensive. Don’t buy the cheap stuff! (Authentic saffron will turn warm water yellow after soaking for a few moments.)

Also, excessive consumption of saffron may lead to side effects.

For more information on this week’s topic, refer to the following links:

Thanks for reading. Have a great week!