Chef of the Month, Markus Glocker 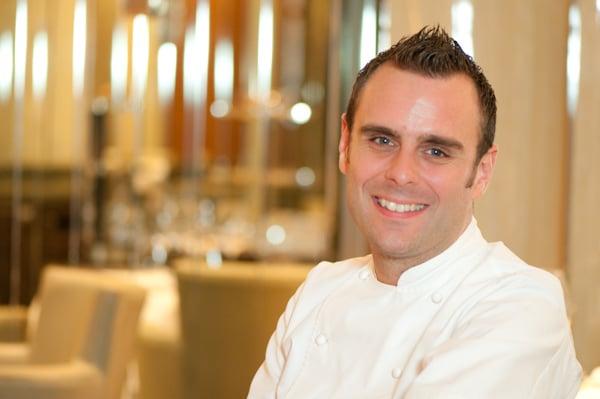 Austrian born Markus Glocker grew up immersed in the hospitality industry, spending his summers and holidays working on both front and back-of-house operations at his uncle’s hotel. With the hospitality industry and experience in his blood, he discovered his passion for culinary arts. After studying classical music as a young student, Glocker then attended culinary school in Linz, Austria where he excelled.

Shortly after graduation, Glocker brought his culinary knowledge, technique, and discipline to Munich Germany, where he began working as a commis chef at the renowned Restaurant Vier Jahreszeiten. From there, he started cooking for world famous chef Gordon Ramsay at Gordon Ramsay at Claridge’s. Over the next few years, Markus Glocker gained monumental experience in various countries, including London, Germany, and back to Austria. Additional experience of Chef Markus Glocker includes:

After gaining an impressive resume in top kitchens all over the world, Glocker eventually brought his knowledge back to Gordon Ramsay’s group where he became the chef de cuisine at Gordon Ramsay and The London.

Chef Markus Glocker now uses his expertise in back- of- house operations, food industry consulting, food styling, food menu costing, ingredient sourcing, kitchen management, and leadership to run his very own restaurant in Tribeca. Chef Markus Glocker is one of Today’s World Kitchen’s Michelin rated chefs. He brings his recipes and insight into the culinary world to share with our online community for chefs.