Chef Joël Robuchon: The Chef of the Century 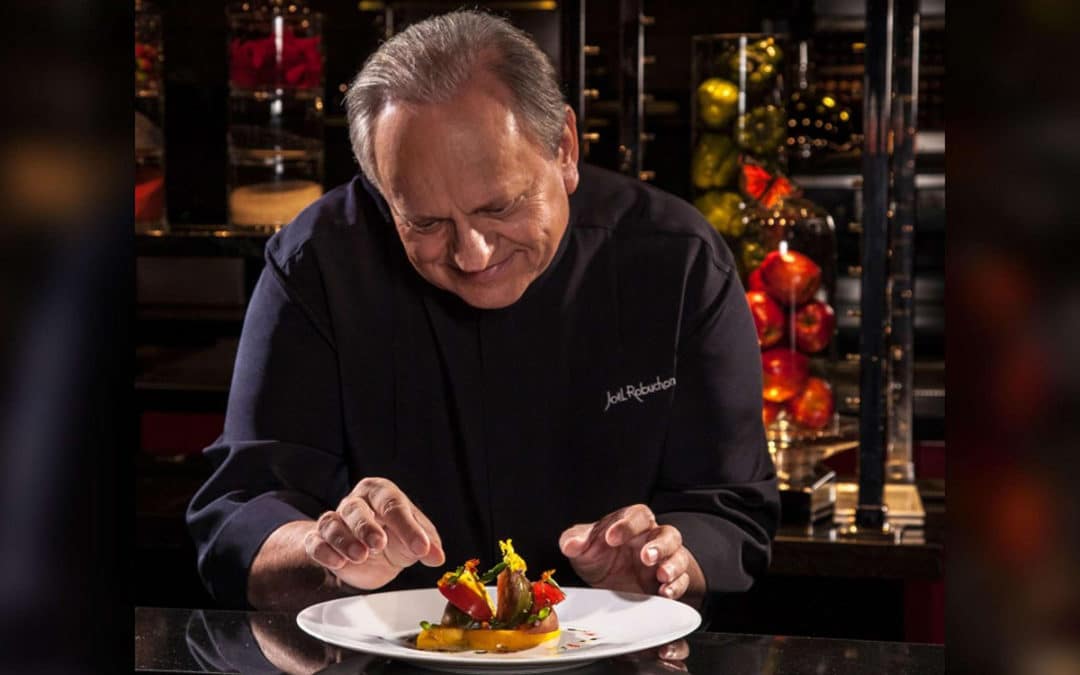 Being the most starred Chef in the world today, Today’s World Kitchen is proud to announce Chef Joël Robuchon as the “Chef of the Century”.

After opening his very own restaurant in 1981, Jamin, he received a Michelin star during his very first year. Robuchon proceeded to receive another one during his second year, and a third star during his third year – something never before seen in the art of cooking! If that does not scream “Chef of the Century,” we do not know what does.

Born in Poitiers, France, Chef Joël Robuchon has had a natural love for cooking at a young age. Although gastronomy was not the first career of his choice, after he found his way he never turned back. At just 15 years old, he became an apprentice chef at the Relais of Poitiers Hotel. Opening his own restaurant around the age of 36, he earned the three Michelin stars mentioned earlier in just three years. Fast forward in time to where Robuchon travels the world for his cooking career. Picking up inspiration from Japan and Spain, he passed on techniques from different chefs for decades. Robuchon brought an entirely new idea to cooking and expanded a fresh concept in which he named L’Atelier de Joël Robuchon in Paris. The idea of L’Atelier de Joël Robuchon exemplifies a casual and enjoyable environment combining the Japanese sushi culture with Spanish tapas. Customers can feel at ease and discover a new, non-traditional, open kitchen, counter-service approach and way of dining here. Robuchon expanded this wonderful concept and opened a restaurant on every continent in the world. He uses the same concept and products, only changing the cooking style to adapt to the country’s culinary traditions that the restaurant is located in. Each restaurant is recognized by Michelin for excellence.

Aside from his L’Atelier restaurants, Chef Joël Robuchon opened many other well-appointed establishments bearing his name, featuring many stunning dishes. He has also published numerous cookbooks and starred on three different French television shows.

Chef Joël Robuchon is one of the most influential French chefs in the entire world. The Michelin, Gault Millau, Zagat, and La Liste guides are enough indication to appreciate how prestigious of a chef Robuchon truly is. His relentless perfectionism has earned him award after award to be proud of; however, in an interview hosted by Las Vegas Weekly, Robuchon claims the biggest reward is seeing customers so happy dining on his cuisine at his famous restaurants.